Last fall, a dozen ski areas in the Alps opened in September and October before the second wave blocked them all until early January, and for French and Italian centers, for the entire ski season. The only exception was the glacial areas in Switzerland which opened normally – Zermatt (top photo last October) has now been operating for almost 15 consecutive months since reopening after Switzerland’s only full lockdown in the spring of the year last.

This fall, ski resorts are getting ready to reopen. The increasingly warm conditions on the glaciers in summer have melted most or all of the snow cover of many of them, but there was also some autumn snow dust as the first sign that the seasons are starting to change. Last fall there was good high altitude snowfall in the Alps in late fall and very heavy snowfall in September and October causing at least one area to open. , Glacier 3000 near Gstaad in Switzerland (photo below in August last year), to open a month earlier than planned.

So what do the glacial regions predict?

In Austrian Tyrol, the Hintertux Glacier is already open and is open all year round, if the pandemic permits. Molltal Glacier is also expected to be open but it has closed temporarily due to lack of snow on the glacier and hopes to reopen in mid-September.

Back in Tyrol, the Stubai Glacier (which received some snow earlier this month, pictured below) says it plans to open “mid / late September, depending on snow conditions”. The Kitzsteinhorn above Kaprun currently says “autumn!” »But usually tries to open in late September or early October. Likewise, Solden, who is organizing the first Alpine Skiing World Cup competitions of the 21-22 season at the end of October, announces his intention to open the 4e of this month, but may open earlier if conditions permit. The Pitztal glacier, the highest in the country, announces that it will open from the 25e September. 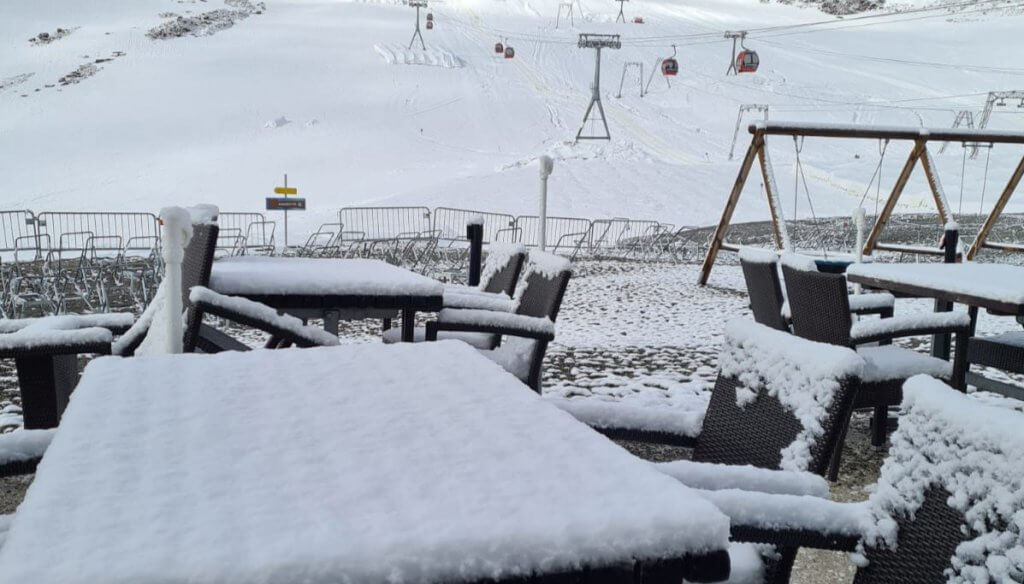 The Kaunertal Glacier will organize its official opening weekend from 8e October and Kitzbuhel hope to open on October 30 – no glacier there but they use snow farming.

In France, Les 2 Alpes is the only center still open for summer skiing and plans to stay open until the end of this month. Tignes is usually the first in the country to open each fall, it plans to open for its 21-22 season on the 16th.e October. 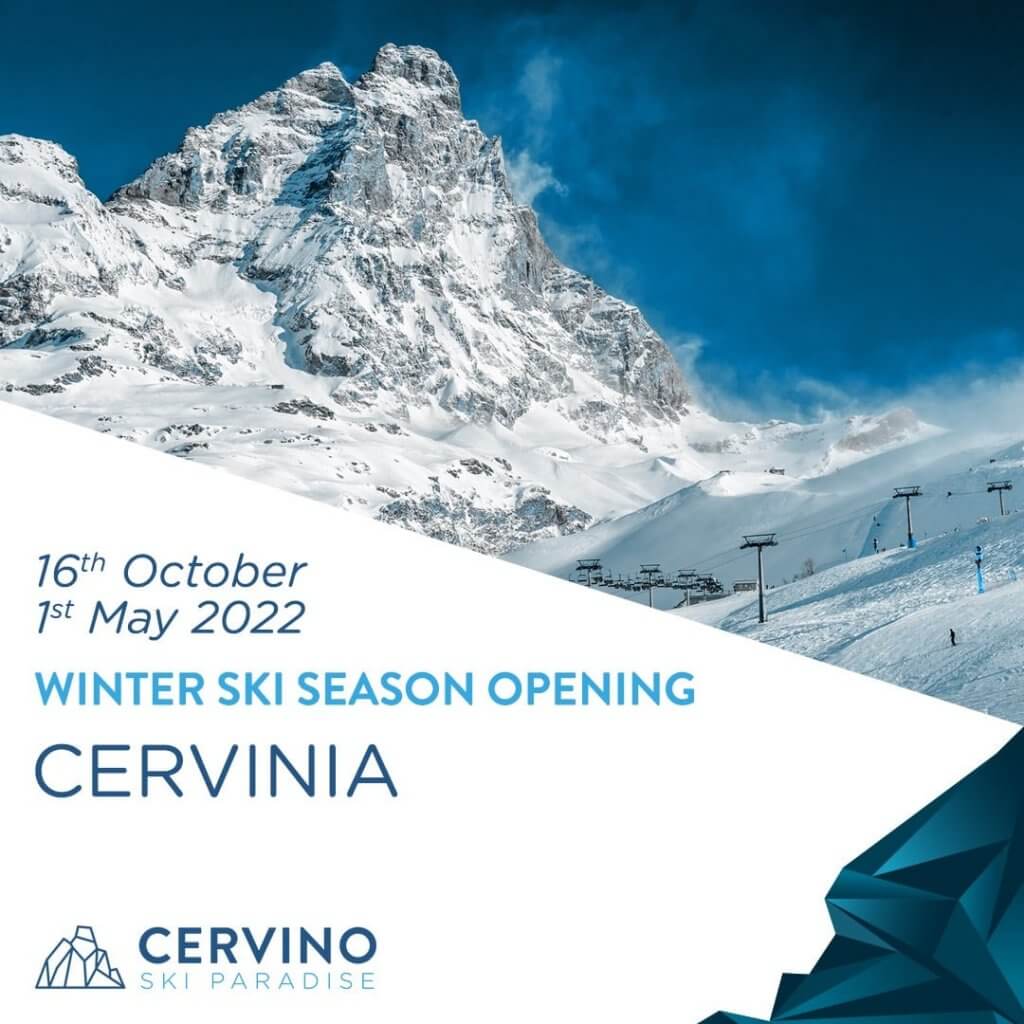 In Italy, the Passo Stelvio is open for summer skiing and is expected to remain open until the end of October. Cervinia is also currently open to access to the ski area shared with Zermatt. It will close in early September but had announced its intention to reopen for the season from October 16.e too much. Val Senales announces its intention to open its glacial slopes on the 17the September this year.

For Switzerland, Saas Fee and Zermatt are already open as usual. The Diavolezza Glacier near St Moritz in the Engadine region plans to open from 23rd October but initially open only on weekends and Wednesdays for the general public. The Titlis Glacier in Engelberg as well as the glacier ski area above Laax are also planning to open in October but have not set any dates. Last year the Glacier 300, which was scheduled to open in mid-November, did so in early October after a big, early snowfall. Crans Montana and Davos also have glacial areas but usually don’t open until November. 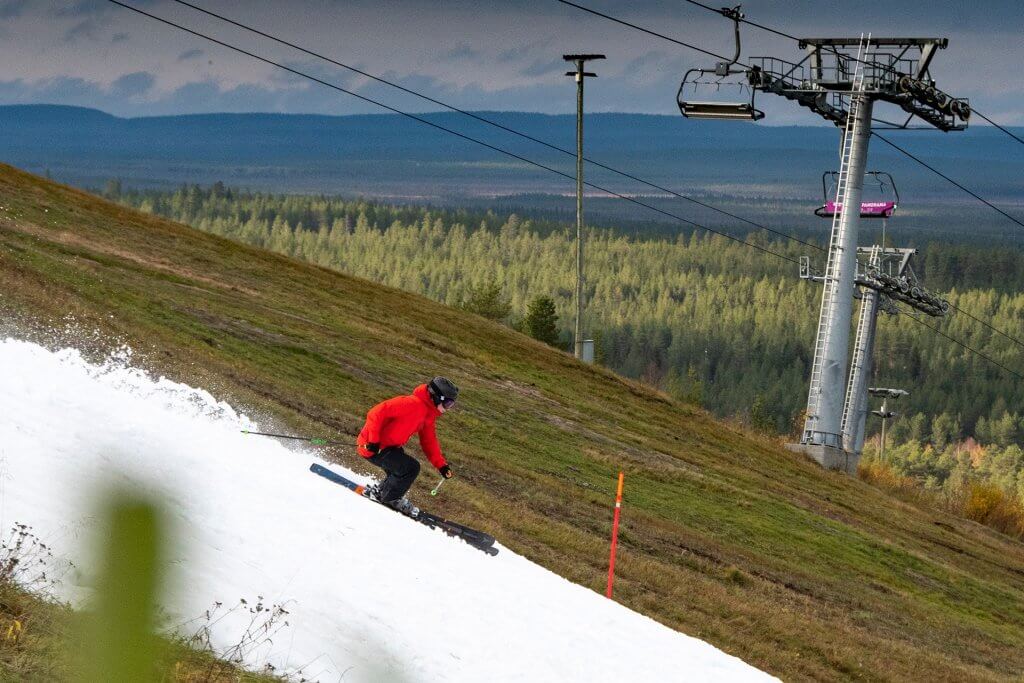 Outside the Alps, a number of ski areas in Scandinavia are also planning to open in the first half of autumn. Like ski resorts in Switzerland, these actually remained open during their normal seasons. Among them, the Norwegian Galdhopiggen Glacier is another which should be open now but is closed instead because the snow has melted. He hopes to open on September 11e or maybe the 18the. However, it hopes to reopen in mid-September.

Ruka (above) and Levi in ​​Finland open in early October using agricultural snow, recycling the snow saved from last winter to create their first trails.