These are the 10 largest ski resorts in the world

George Dailey January 14, 2022 Les arcs skiing Comments Off on These are the 10 largest ski resorts in the world 19 Views 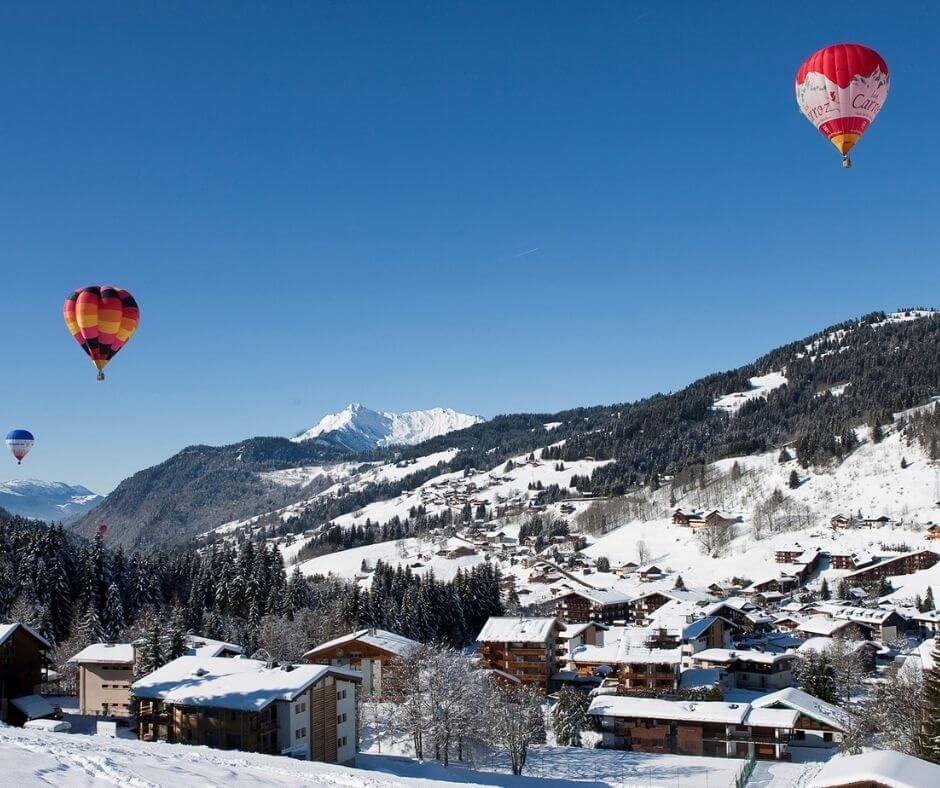 For skiers, these places are a dream. Winter wonderland with endless alpine expanse, where snowfall is a sure thing, and skiers have unlimited opportunities to carve new runs in untouched powder. Beyond their size, the biggest ski resorts on the planet are also nestled in some of the most spectacular mountain ranges on earth – the Alps, Dolomites and Rockies. Of course, those life-list getaways have also been packed with après-ski amenities — meaning some serious pampering is also part of the experience.

However, identifying the largest ski areas on the planet can be tricky – resorts in the US and Canada focus on overall area, while European ski resorts typically keep a tally of run length. Yet here are some of the greatest alpine playgrounds on the planet.

The French Alps are home to some of the largest ski areas on the planet, but Les 3 Vallées always takes the cake. Located in the northern French Alps, east of Lyon, Les 3 Vallées is a collection of three atmospheric resorts – Courchevel-Moriond, Méribel and Val Thorens – each with a particular flavor. In total, the massive ski area serves over 370 miles of pistes, ranging from an altitude of 3,600 feet to over 10,000 feet, culminating in Val Thorens, the highest resort on the continent, at 7,545 feet.

For thrill-seekers, there’s an abundance of off-piste terrain etched with edgy couloirs, while still offering ample area for less experienced skiers – with around half of the area’s runs rated as beginner or intermediate. And, with the majority of the area’s runs (about 85%) located above 5,905 feet, the combination of altitude and complementary snowmaking facilities are skiable five months out of the year, from December through April. Of course, part of the region’s charm is also the après-ski lifestyle, including 11 critically acclaimed restaurants with a combined total of 19 Michelin stars.

Nestled in the Dolomites in northern Italy, a UNESCO World Heritage Site since 2009, Sella Ronda revolves around a skiable roundabout that surrounds the tabular Sella massif. Part of the huge Dolomiti Superski region, a gigantic area dotted with 16 different resorts, the celestial circuit is divided into offshoots giving access to four different valleys – Val Gardena, Alta Badia, Arabba and Val di Fassa – dotted villages offering amenities for tourist skiers. The circuit has both a clockwise Orange Sella Ronda and a counter-clockwise Green Sella Ronda, delivering over 300 miles of interconnected tracks. For adrenaline junkies, the undisputed highlight is the Gran Risa track. The steepest offering in the ski area, the Gran Risa hosts the Alpine Skiing World Cup races and thrills with a total drop of 1,469 feet.

Spread above the Tarentaise Valley in the French Alps, the Paradiski ski area is a collection of three resorts – Les Arcs, Peisey Vallendry and La Plagne – linked by the Vanoise Express, a panoramic double-decker cable car. Together, the trio of resorts offer over 260 miles of trails to explore, including 115 expert trails. For early risers, La Plagne and Les Arcs also offer First Tracks programmes, allowing skiers to join the pisteurs at dawn and savor unspoilt powder runs with the sunrise as a backdrop. For thrill-seekers looking for altitude, there is the 10,580-foot Aguille Rouge. Crowning Les Arcs, the summit accessible by cable car offers skiers a glimpse of the Mont Blanc massif and a continuous 4.5 mile descent to the village of Villaroger.

Anchored by elegant Verbier, Les 4 Vallées is the largest interconnected ski area in Switzerland. Spread across six different resorts high above the Rhone Valley, the alpine wonderland is etched with more than 250 miles of pistes, capped by the Mont Fort glacier, perched at 10,925 feet. Thanks to a combination of elevation and targeted snowmaking operations, the region’s ski season runs from November to the end of April, and the elevation also offers skiers photogenic views of some of the most iconic peaks. Europe, in particular the Matterhorn, the Dent Blanche, the Grand Combin.

In the Tarentaise valley, a network of ski lifts and ski slopes linking the hamlets of Val d’Isère and Tignes has forged one of the largest ski areas in the French Alps. Formerly known as L’Espace Killy, a nod to famed skier and Olympian Jean Claude Killy, who grew up in Val d’Isère, the intertwining ski areas combine to offer over 300km of pistes, with the majority of runways in the area located above 7,200 feet. For seasoned skiers in search of spirit, the dizzying slope of La Face de Bellevarde is another vestige of the region’s Olympic heritage.

Built for the men’s downhill course at the 1992 Winter Olympics, the aptly named track features a vertical descent of over 3,145 feet. Beyond the slopes, the Alpine region also has a rich history. At the gates of the Vanoise National Park, the historic village of Val d’Isère is also one of the region’s architectural wonders, dotted with classic wooden and stone chalets, as well as a bell tower dating from 1664 and a church built in the 11th century.

Via Lattea, Italy and France

Stretching along the border between Italy and France, the Via Lattea (or Milky Way) is a vast alpine playground, renowned for hosting World Cup races for more than half a century, and handed honored by the 2006 Winter Olympics. in Turin. The interconnected ski area includes Montegenévre in France, as well as six resorts on the Italian side of the border – Sestriere, Sauze d’Oulx, Sansicario, Cesanana Torinese, Pragelato and Claviere. Together, the constellation of resorts offers more than 245 miles of marked trails, culminating at 9,261 feet on Mount Motta. The ski area also has a long alpine history – Sestriere was built almost a century ago, in the early 1930s, by Fiat tycoon Giovanni Agnelli as a refuge for his employees in Turin.

Nestled in the Coastal Mountains of British Columbia, just 25 miles from the Pacific Ocean, Whistler Blackcomb is North America’s largest ski area. Spread across two mountains connected by the Peak 2 Peak Gondola, Whistler Blackcomb serves over 8,170 skiable acres accessible via 200 marked ski trails. There’s also plenty of technical terrain, including 16 alpine bowls and three glaciers, with the elevation peaking at 7,494 feet, on the crest of Blackcomb Mountain. And for experienced skiers, Whistler Blackcomb also offers access to the pristine backcountry hiking areas of Garibaldi Provincial Park. While the original resort of Whistler opened in 1966, as part of an effort to secure the 1968 Winter Olympics, the ski area eventually hosted the games in 2010, having merged with Blackcomb in 1997 .

Stretching in the shadow of the 14,692ft Matterhorn, one of the highest peaks in the Alps, the eponymous Matterhorn Ski Paradise connects Zermatt in Switzerland with Breuil-Cerevinia in Italy’s Aosta Valley, to create an experience expansive alpine. The highest ski area in the Alps, between the two resorts, the cross-border Matterhorn Ski Paradise, offers more than 200 miles of marked runs, dwarfed by a hodgepodge of high peaks, including the 15,203-foot Monte Rosa and the Weisshorn at 14,783 feet, as well as the incomparable pyramidal peak of the Matterhorn.

For less experienced skiers looking to get started in powdery, off-piste terrain, Zermatt offers over 20 miles of mapped freeride runs. After a day on the slopes, the region is also brimming with options for post-ski pampering, from gourmet restaurants to welcoming mountain huts – including Zermatt’s Matterhorn Glacier Paradise restaurant, the highest restaurant on the continent, soaring at 12,740 feet.

Just 30 miles east of Salt Lake City in Utah’s Wasatch Mountains, Park City began as a hard-line mining town, established in the late 1800s. After a history of boom and bust, the city is reborn as a winter sports destination – renowned for hosting a series of events during the 2002 Winter Olympics. Today, Park City Mountain Resort is the largest ski area in the United States. United. Towering at 10,026 feet, the gigantic ski area today comprises more than 730 acres of skiable terrain with 300 trails and six different terrain parks. While half of the slopes in the ski area are graded for experts, there is still plenty of area for less experienced skiers, including High Meadow Park, an area of ​​gently leveled slopes designed specifically for beginners.

In western Austria, the Arlberg ski region combines three huge resorts to create the country’s largest winter sports mecca. Spread over the Arlberg massif, in the region renowned for having recorded the most snow cover in the country, the ski area connects the resorts of St.Anton-St.Christoph-Stuben, Lech-Oberrlech-Zurs and Warth-Shröcken , to offer over 185 kilometers of marked ski runs, all located in Austria’s most famous ski paradise. Winter sports enthusiasts began hitting the slopes of the Arlberg in the late 1800s, after the opening of the Arlberg railway tunnel in 1885.

The region’s first official downhill race took place a few years later, in 1904. For a historical sample of the Alpine realm, the Weisse Ring offers a taste of the legendary ski resort. The half-day tour is a 14-mile trip up the 8,389ft Omeshorn mountain, with over 18,000ft of ascents and descents, connecting the hamlets of Lech, Oberlech, Zug and Zurs.

Previous The British-born former DJ will become the first Jamaican alpine skier at the Winter Olympics
Next Ski Arc 1950: the perfect ski resort for families 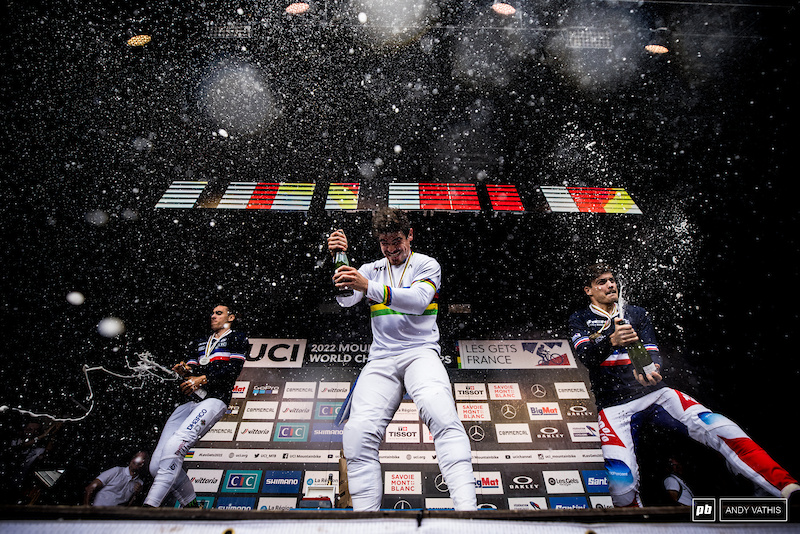